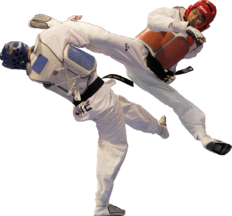 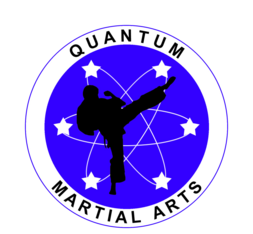 QUANTUM COACHES AND INSTRUCTORS ARE:

* Trained in the use of our own Daedo electronic scoring system

Taekwondo is a traditional Korean martial art, which means "the way of kicking and punching". In taekwondo, hands and feet can be used to overcome an opponent, but the trademark of the sport is its combination of kick movements.

The origin of taekwondo dates back to Korea's Three-Kingdom era (c.50 BC) when Silla Dynasty warriors, the Hwarang, began to develop a martial art - Taekkyon ("foot-hand").

During the early 20th century, taekwondo became the dominant form of martial arts practiced in Korea. Subsequently taekwondo was designated as the Korean national martial art to be promoted internationally. In 1973, the World Taekwondo Federation (WTF) was founded as the worldwide legitimate governing body of the sport, and the first World Championships were held in Seoul, Korea that year.

Taekwondo is one of the two Asian martial arts included on the Olympic program. Taekwondo made its debut as a demonstration Olympic sport at the 1988 Seoul Games, and became an official medal sport at the 2000 Sydney Games.